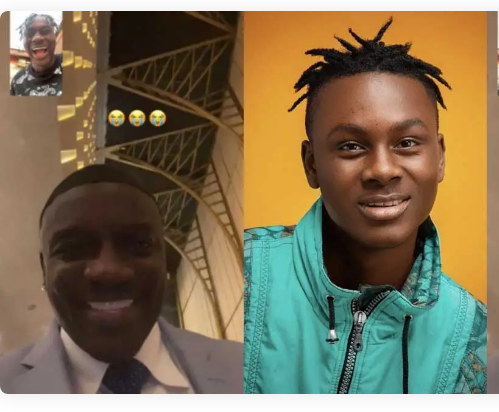 In a video call, Larruso, a young and energetic dancehall artist, was seen vibing with American musician Akon, who praised his talent.

In the video, an exuberant Larruso speaks about his musical journey and how far he wishes to spend his music with Akon.

The international singer has a long list of hits which have topped charts all over the world, and he is well-known and well-respected for his work.

Larruso was hyped and jazzed during the video call, and he shared a snippet of it with his fans on social media.