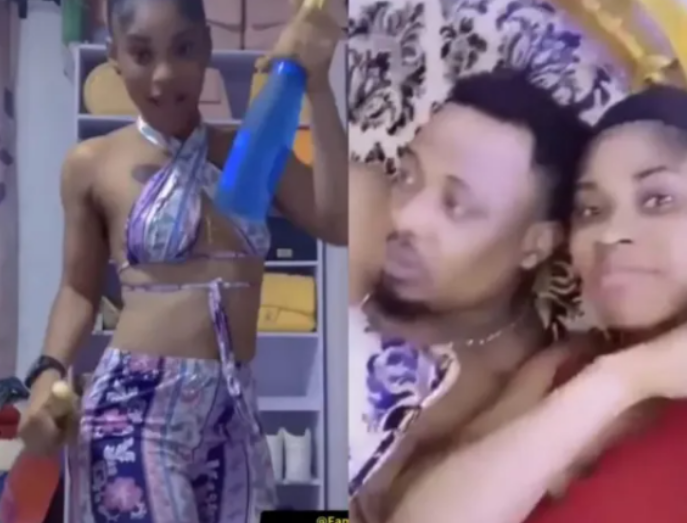 Popular Ghanian pastor, Prophet Nigel Gaisie has reacted to the viral video of himself and a young lady sleeping on the bed as he denounced the lady being his chic.

Yesterday, a video surfaced on the internet as the self-acclaimed man of God is seen sleeping with a TikTok star who is known for posting seductive videos in a cozy mood.

Well, Prophet Nigel Gaisie has taken to social media to react to the video as he claims the young lady is the daughter of his sister hence those claiming that he slept with her should stop.

According to him, people are just attempting to dent his hard-earned reputation that has been built over the years.