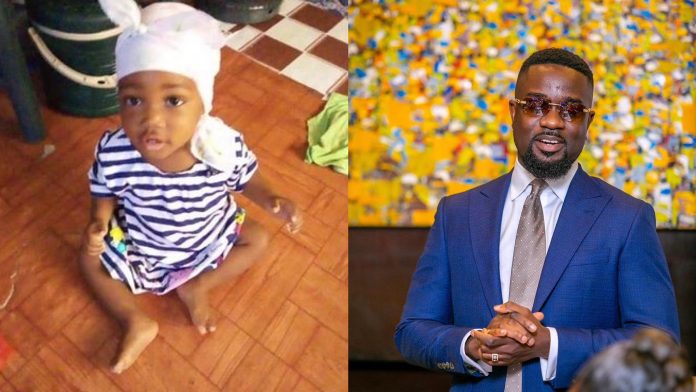 Sarkodie has paid the entire Ghc13,000 medical expenses for infant Rose, who was held at the Ridge Hospital after suffering severe burns.

Baby Rose slipped and fell into a pot of boiling water. Her mother was preparing and was transported to the hospital where she was treated. However, her parents were unable to pay the hospital fees, and she was held for three months.

After hearing about baby Rose on the internet, rapper Sarkodie promised to pay all of the girl’s hospital fees, totaling Ghc13,000, so she could return home.