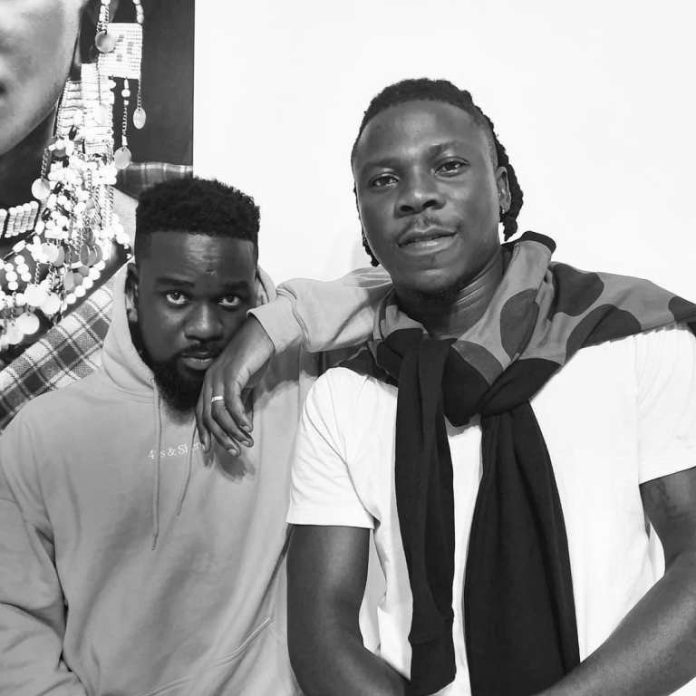 After a disagreement a few years ago, Sarkodie, the CEO of Sarkcess Music, and Stonebwoy, the President of Bhim Nation, met for the first time.

Stonebwoy and Sarkodie AngelTown’s management had a misunderstanding during a rehearsal for the rapper’s Black Love virtual performance in 2020, and the two Medass brothers have been at odds with one other ever since.

In an interview, Stonebwoy admitted that he hasn’t spoken to Sarkodie since the incident.

But it appears like things are about to change when the two meet at a location for Popcaan’s video shoot.

The Jamaican star is in town to film a music video with Stonebwoy for a song that has yet to be released.

The two dancehall artists were in Ashaiman yesterday to film some parts for the video before continuing the shoot in the evening.

The trio was seen together in a video circulating on social media, with Popcaan and Sarkodie conversing as Stonebwoy stood by, listening and earning cheers from the crowd.

Watch the video below: