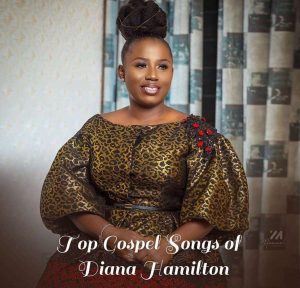 Diana Hamilton, a Ghanaian gospel singer based in the United Kingdom and an award-winning gospel artist, has become a global superstar in the gospel music industry. Diana continues to be one of Ghana’s most popular gospel music exports, having released multiple hit songs.

In this post, we’ll take a closer look at Diana Hamilton’s music ministry and deliver the top gospel songs published by the two-time VGMA Gospel Artiste of the Year to your doorstep. These are definitely popular songs, resulting in a surge in demand for her ministry both in Ghana and abroad.

‘Osoro be kasa,’ ‘Ensi wo yie,’ ‘Blessings,’ ‘Jehovah,’ and ‘I Believe’ are among her five studio albums. Let’s take a look at some of Diana Hamilton’s most popular tunes.