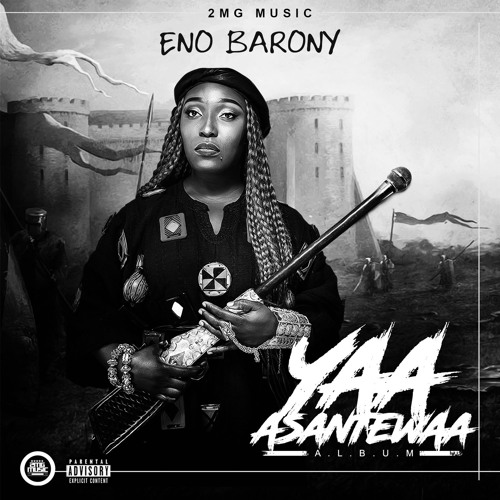 Eno Barony re;eased new song titled ‘Yaa Asantewaa’ Download Free MP3 By Eno Barony – Yaa Asantewaa Since the emergence and outburst of my talent, the masses have spotted the aggressiveness in their KingOfQueens poised with enormous energy and have relatively compared me to the Heroine Yaa Asantewaa (a queen and a warrior) who led men to war to fight for her Kingdom. I embraced the name in good faith and eventually realised that my musical journey has no different perspective than that of Yaa Asantewaa. Undoubtedly, been in the male dominated circle of rap music in Africa Ghana to be precised, I never relent but rather rocked shoulders with the league of men when it comes to rap and this has really set the pace and comfort for the female counterparts to do likewise. That’s why the name “Yaa Asantewaa”