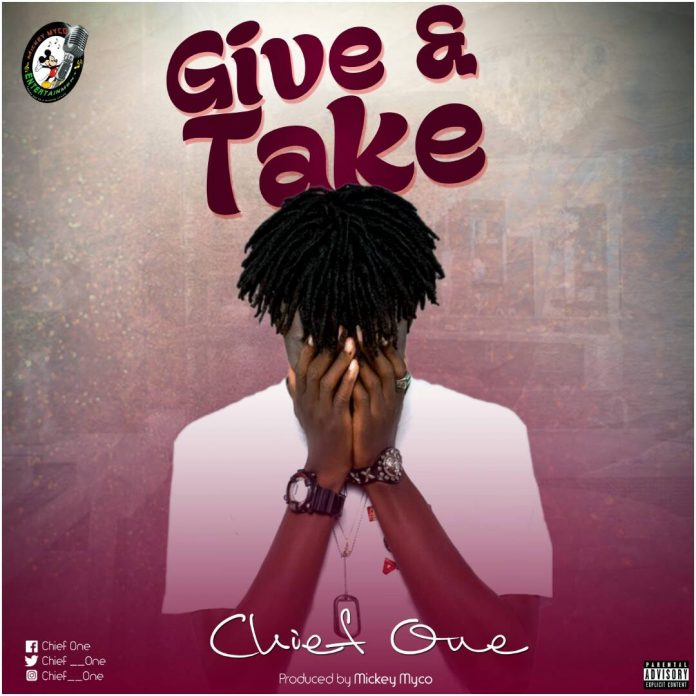 [Download]
Africa fastest rising star Chief One have surprised the whole world with another street banger entitled Give & Take
Chief One the Wo official refix hit maker who was endorsed by the Nigeria super star Olamide is out with another hot jam ahead of his Wo official video premier
The young “Ghetto SuperStar ” as he is referred to by most of his fans is a versatile art who is noted for dropping hits back to back since day one of his presence in the Ghana Music Industry
Give & Take as it have been titled is a song that speaks about this young lady who is trying to make life difficult for her lover and her lover trying to explain things to her. This is creativity at its best.
The song is produced by Ghana’s favorite sound engineer the person behind most of the young star’s hits.

Follow the Ghetto Superstar on all social media handles