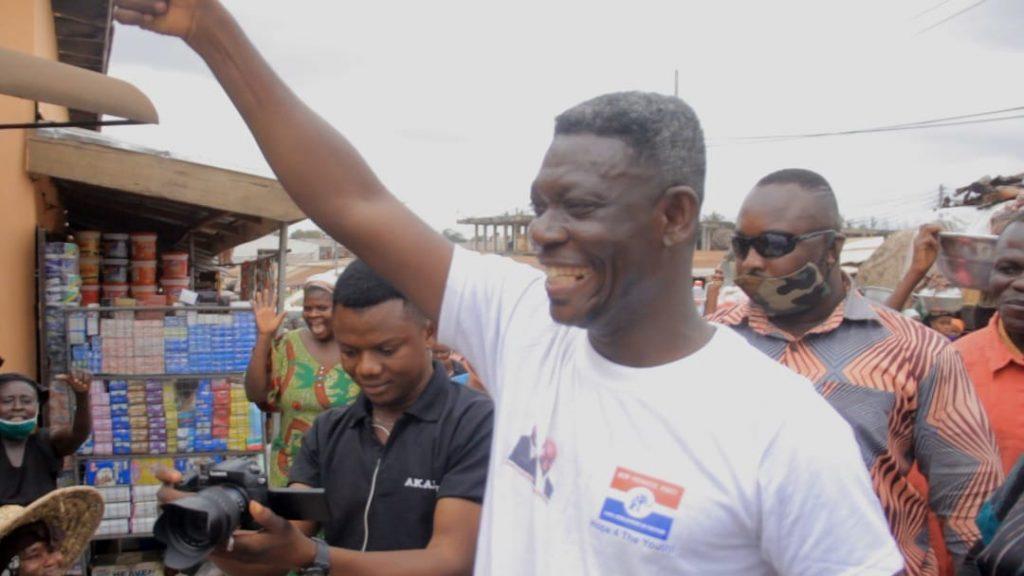 He released the song titled ‘AFA’ to solicit votes for the leader of the party and the 2020 presidential candidate, Nana Akufo-Addo.

It is not clear what his intention for the song is after he bemoaned benefitting nothing from the party after campaigning for them in 2016.

It would be recalled that prior to the 2016 election Agya Koo launched a movement to canvass votes for the NPP dubbed ‘Agenda 57% for Akufo-Addo’.

At the launch of the movement in Kumasi, Agya Koo said the harsh economic conditions in the country under John Mahama was what made it impossible for him to remain impartial about the leadership of the country.

He noted that apart from being a movie star, he was a parent and as such was conversant with fuel prices, the dollar rate and other commodities on the market and “how expensive it is to give your children quality education in this country.”

Check out the video